Janet Folsom paints mostly in oil, though occasionally dabbles in mixed media. She graduated with a B. A. From the University of Maryland, College Park in 1976 and became a floral designer shortly after that. She has been doing that work ever since. Janet says parties and weddings serve as a great creative outlet. 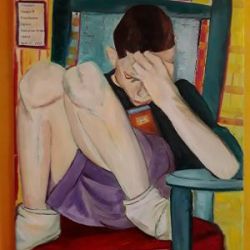 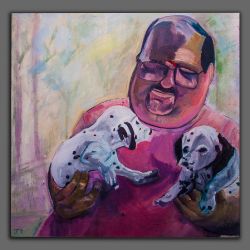