Eric Folsom was born in Gulfport and lived here until he was 20, at which point he left on an adventure of self education.  HeI went to Washington DC because the city had many museums, libraries, galleries, gardens, concert halls, and a representative from every nation in the world has a representative residing there.  Eric worked as a bicycle messenger which kept him downtown racing bicycles on the streets.

On a bicycle tour not too far out of town, Eric found a group of artists who had land that abutted the Shenandoah National Park.  Three of the artists there worked with bronze and copper and in 1977 Eric was offered a paid apprenticeship and accepted it.  Eric says he had no life plan set out and through good luck, hard work, and risk taking, he was able to live and work in a great American city, and was also able to live in a tiny handmade house on a mountain that was virtually part of the Shenandoah National Park. 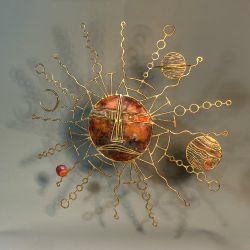 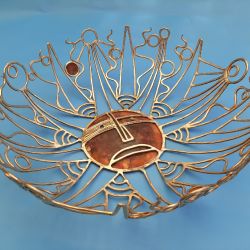 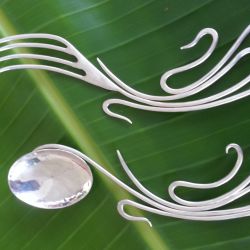