Four decades after earning money as an artists model at The University of New Hampshire, Paula found herself longing for her new found interest in oil painting. Following a career in social work as a psychotherapist, a middle school guidance counselor and university instructor, she began to channel her passions into painting and teaching yoga.

In 2019, Paula was awarded the Gulfport Merchants Chamber Rise & Shine Grant, an award give to emerging artists. Paula jumped in feet first, painting daily and studying her new found craft. You can find Paula throughout the neighborhoods in Gulfport, FL and Portsmouth, NH as she sets her easel in plein air venues of some of these visually delightful streets. 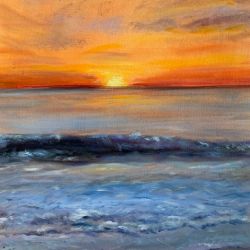 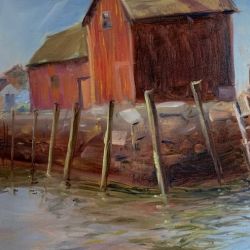